Quality Assurance: This is no April Fool, there is no Photoshop used in this article! 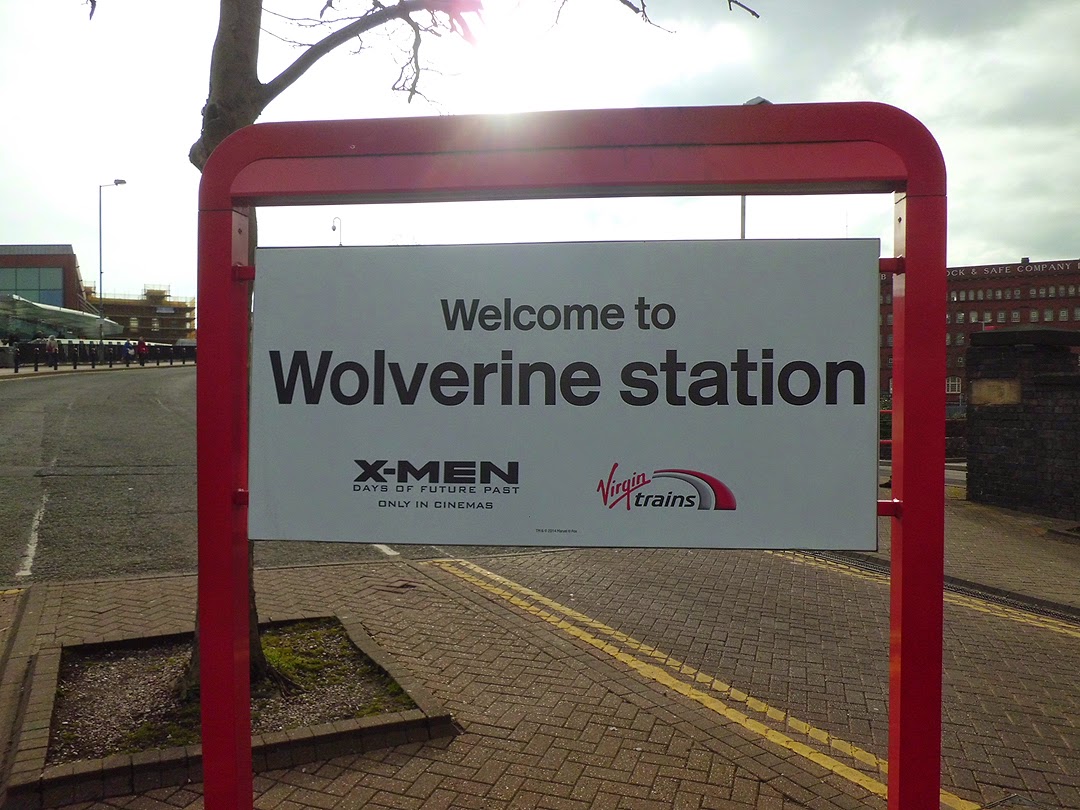 Even for frequent users of the various neglected rail stations across the UK, arriving in Wolverhampton can be a shock. Though the town itself boasts many examples of great architecture in a variety of styles - from the Classical, Romantic and Gothic ( take a stroll around the Town Centre ) to Thunderbirds Brutalist ( see the Art & Design faculty ) - none of these prepare the viewer for the hideous exemplar of Chernobyl-chic that greets them upon arrival at Wolverhampton's rail station.

A corroded, mouldering agglomeration that is an insult to any great city not policed by roving death-squads, it seems that some bright intern has had the idea of re-branding the entire station to commemorate the forthcoming X-Men: Days of Future Past movie.

Maybe the visual pun of the site's resemblance to the 'world's worst nuclear accident', and a film about a mutant insurgency, was something the admen couldn't resist?

For the sake of a nifty film tie-in and some cute pictograms, one wonders how many confused travellers have accidentally continued on to Wales, thinking that this wasn't their stop? 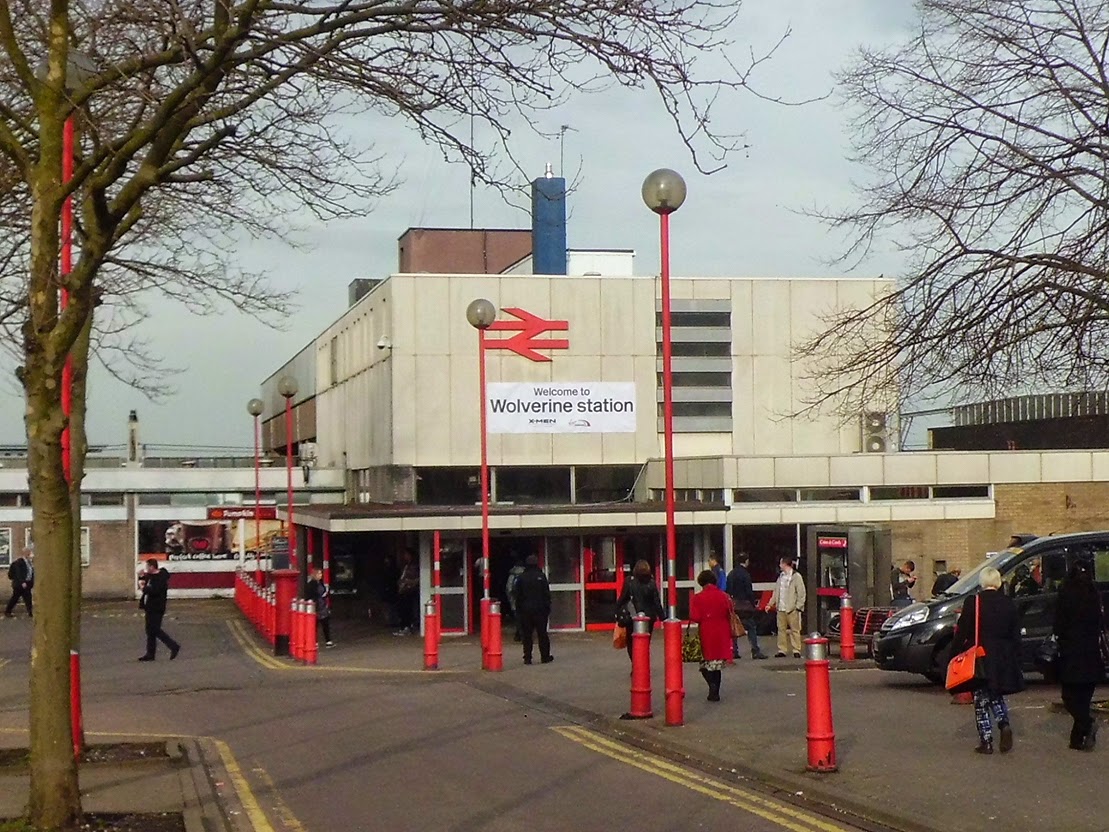 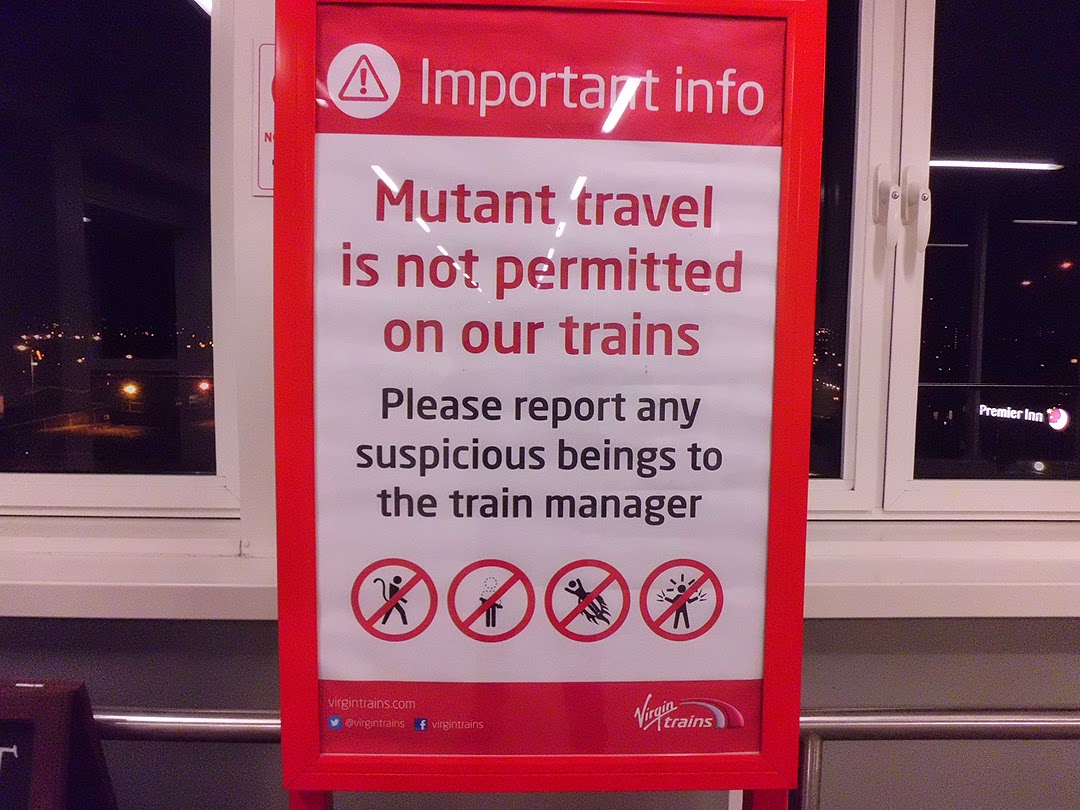 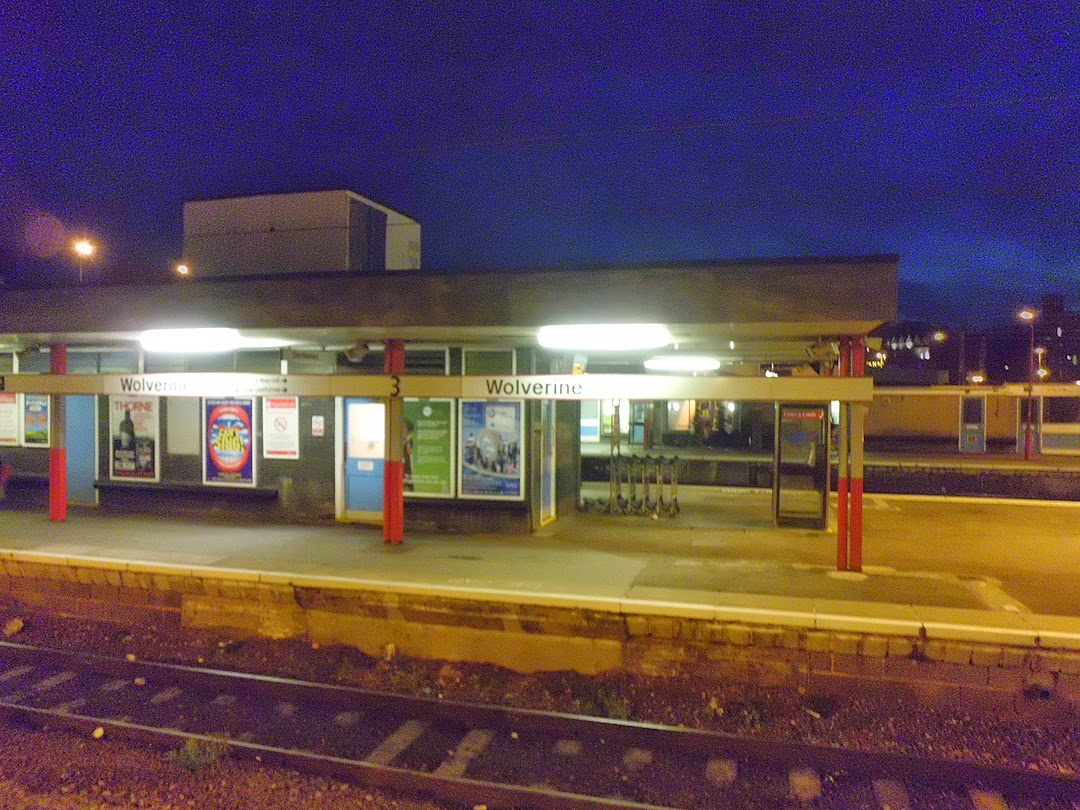 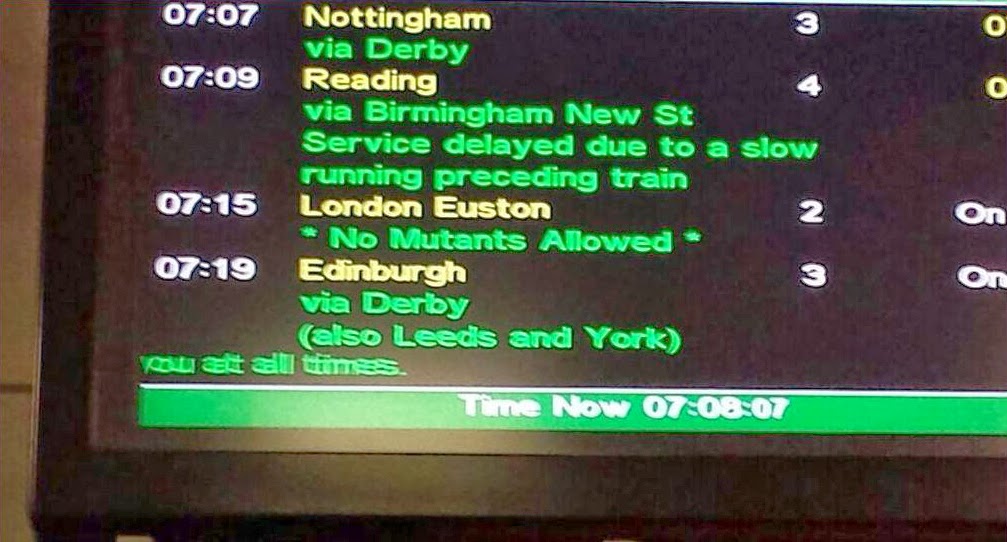 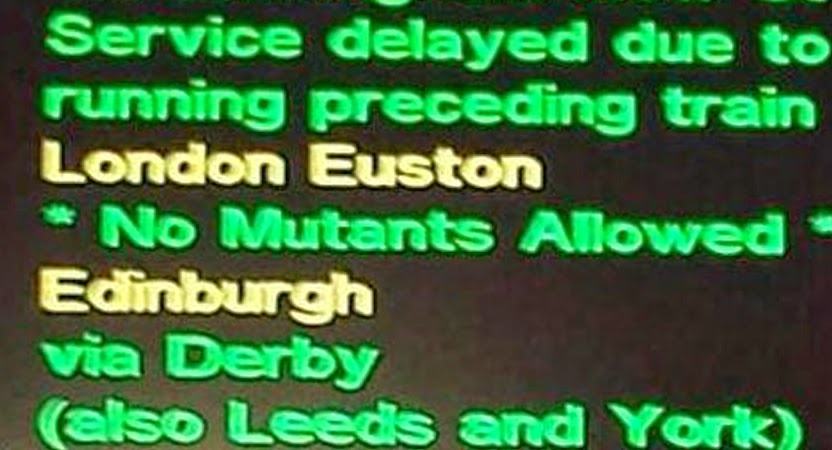