Below: Vampire gangleaders ( played by Lance Henrikson and Jenette Goldstein ). 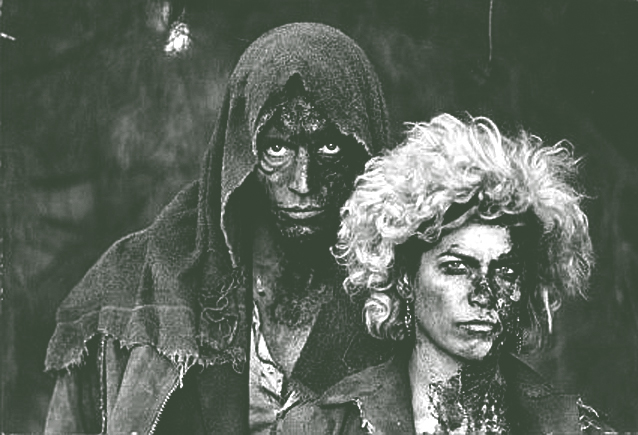 It's typical of Hollywood's unfortunate gender bias that a clearly gifted director such as Kathryn Bigelow had to sit on the sidelines for most of the 80s, a full six years having elapsed between her low budget debut feature, The Loveless ( starring Willem Defoe ) to her stylish and assured follow-up, Near Dark.

Through its stark, dusty visuals, and featuring the blue-lit backwaters of night-time America, Near Dark's conception was rooted in the idea that Bigelow, alongside co-writer Eric Red, had originally wanted to do a movie reviving and updating the western genre. Finding difficulty obtaining the backing to do so, they decided to combine western elements with the more popular horror genre to successfully create a 'vampire western' whose critical and fan longevity has far outlasted its more successful mainstream rivals.

Below: Jesse and Mae, played by Adrian Pasdar and Jenny Wright. 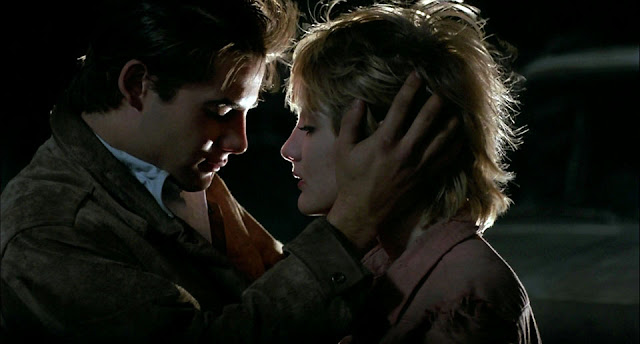 A synthesis of late-80s genre ideas, Near Dark was also a great visualisation of Cyberpunk, a hot contemporary science fiction movement spearheaded by Canadian author William Gibson. The film's retro-future outlaw vibe, plus the pulsating electronic score by Tangerine Dream, heavily suggests that the writers were aware of what was going on in the realm of speculative fiction, and added a dash of that to the mix, too. The result is that Near Dark serves as a high-water mark in an era of great cult cinema. 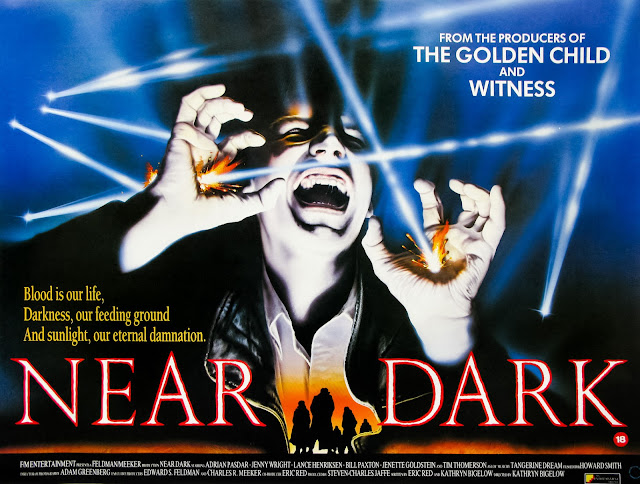 In terms of box office, Bigelow's film compared unfavourably with hit MTV-friendly vampire movie The Lost Boys, of that same year. Directed by Joel Schumacher, The Lost Boys had the advantage of a summer release preceding Near Dark by three months. That, plus an easy-on-the-eye teen cast whose audience had already been primed with numerous 'Brat Pack' ensemble movies featuring their favourite teen heart-throbs, ( such as movie lead Keifer Sutherland ) meant that Near Dark's marketing department had its work cut out to get the movie across. Bigelow's film, while featuring many fan-pleasing moments and great effects, was perhaps too dark and intense when compared to its lighter contemporaries. In fact, 1987 was a year positively stuffed with high-performing movies of varying budgets and genres ( Hellraiser, Predator, Witches of Eastwick, Lethal Weapon, etc. ) so it is possible that Near Dark simply failed to make itself heard above the noise. 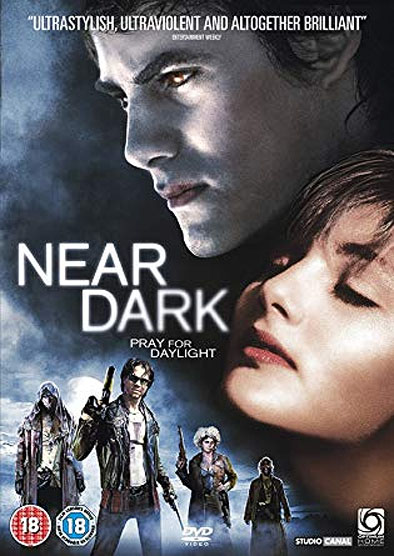 Interestingly, the movie featured a prominent portion of the Aliens cast from the preceding year: Jenette Goldstein, Lance Henriksen and Bill Paxton all played members of Near Dark's band of undead drifters living off the margins of society. As the film's leads, unknown actors Adrian Pasdar played farmhand Caleb, and the luminous Jenny Wright put in a star turn as Mae, the vampire ingenue who wants to induct Caleb into their group.
( Aliens director James Cameron even has a cameo in the film. He and Bigelow were dating at the time, and later married ).

Perhaps due to the film's lack of box office impact, it took a while for Pasdar to surface again ( most notably in 2006's hit TV show Heroes ), while Wright dropped off the radar entirely, maintaining zero internet presence throughout the nineties and beyond. Apart from a rare guest character spot on NYPD Blue and a couple of other minor TV roles, it's readily apparent that she must have decided to leave screen acting behind. Luckily, in recent years Wright has come out of seclusion to attend fan conventions, acknowledging the film's growing stature among cinephiles.

Below: Mae, played by Jenny Wright. 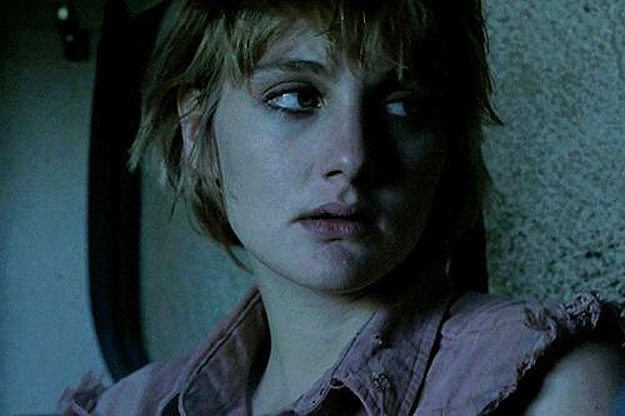 Of the Cameron regulars, both Lance Henriksen and Bill Paxton went on to have long careers in movie and TV, although Paxton sadly died unexpectedly of complications during a routine operation in 2017. You can read his Sight & Sound obituary here, but keep scrolling for a great interview by Dean Delray on Soundcloud.

Below: In the ensemble cast, Bill Paxton played the anarchic Severin. 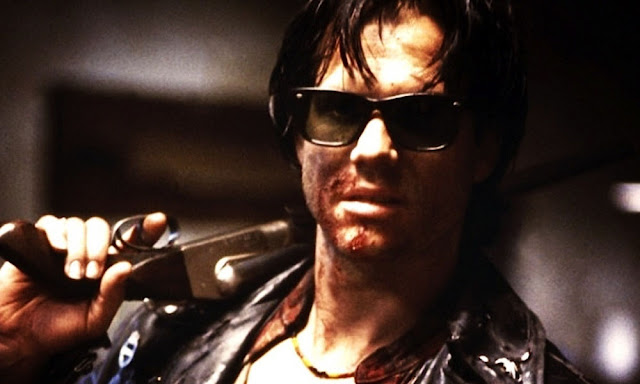 Director Kathryn Bigelow's story does have a neat ending, however: She and Cameron separated and he then went on to cement his reputation as Hollywood's premiere director, with blockbusters such as Terminator 2, True Lies, and record breakers Titanic and Avatar. However, in 2010 she staged the mother of all comebacks with The Hurt Locker beating her ex-husband's Avatar at the 2010 Oscars, winning six awards to Avatar's three. She then went on to direct acclaimed movies Zero Dark Thirty ( 2012 ), and Detroit ( 2017 ).

There was talk around 2006 of a Near Dark remake, but Bigelow was not attached and luckily the idea was shelved because apparently it bore a resemblance to schmaltzy  noughties franchise Twilight.


You can hear this fantastic chat with Near Dark / Aliens / Apollo 13 actor Bill Paxton just a few weeks before his untimely death, on comedian Dean Delray's podcast series Let There Be Talk:


Follow Dean's interviews with luminaries from the music, movie and comedy worlds on iTunes and elsewhere via his website.

Many thanks to Dean Delray. Podcast link used with permission.
Posted by HAL 9000 at 23:40