35 THIS WEEK! - RATT'S SONIC MASTERPIECE 'INVASION OF YOUR PRIVACY'

Is RATT's 1985 LP one of the greatest metal albums ever? 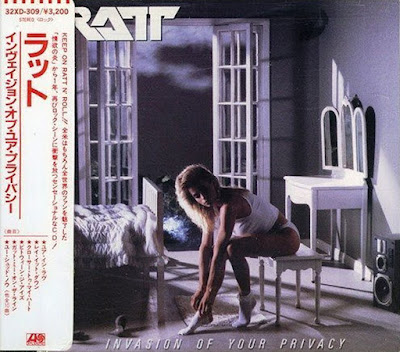 Above: The infamous cover (Japanese edition) - Ratt were huge in the Far East.

Over the next few years there will be many key underground and over-ground hard rock and metal thirty-fifth anniversaries: Master of Puppets (Metallica), Abigail (King Diamond), Into The Pandemonium (Celtic Frost), Peace Sells (Megadeth), Look What the Cat Dragged In (Poison), Appetite for Destruction (GnR)...the list is exhaustive, and characteristic of heavy music’s almost total dominance of the music scene during the mid Nineteen Eighties.

However, one band that is consistently overlooked is Ratt. Contemporaries and friends with Motley Crue, they and the Crue owned the Los Angeles metal scene at the mid-point of the decade. With hot major label deals off the back of a huge underground buzz, both bands pioneered a look that became a global staple ( Ratt sported a metalized Spandau Ballet / New Romantic look, while the Crue rocked a post-apocalyptic Kiss / Mad Max look ).

Ratt’s summer 1985 album, Invasion Of Your Privacy served as a perfect example of band and producer symbiosis, to create a work that has both finesse, and most importantly for heavy metal - power. 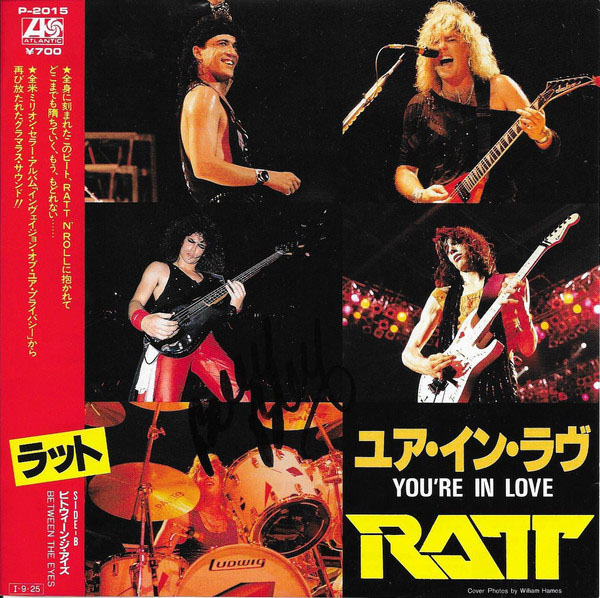 The album starts perfectly with the throbbing ‘You’re In Love’ a song so insistent that anyone with a barre-chord can play the riff ( important for all the high school shredders ). Extremely catchy, the song was understandably touted as a single off the album.
However, the album really starts with the crushing second track, ‘Never Use Love’. This is where Ratt separated themselves from virtually every other LA band of the time.

Never Use Love: The album really starts on track 2 - deep cuts only in this review!

Underpinned by a pulsating ‘My Sharona’-like bassline, the song is sinuous, catchy as hell with typically excellent backing vocals, tasteful soloing, and closes with an ominous descending riff and hanging feedback - just in time to introduce the monstrously catchy opening guitar of ‘Lay It Down’. Again, what differentiated the band from other sunset strip wannabes, was the groove. Once the song locks in, Bobby Blotzer and Juan Croucier’s rock-solid and unshowy rhythm section hold everything together, while there is still room for guitar duo Robbin Crosby and Warren DeMartini to spar it out. 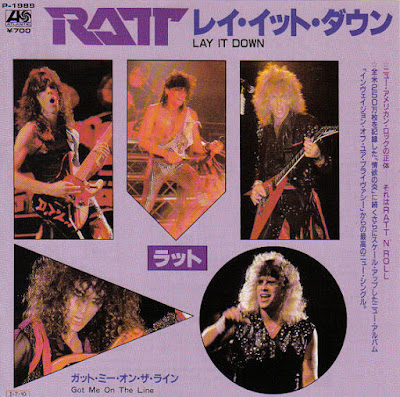 Following that is another riff-savvy street-crawling classic, ‘Give It All’, and the first side ( remember this was vinyl ), is concluded with the power ballad ‘Closer To My Heart’, which after the chiming acoustic intro, is so heavy, it probably doesn’t even qualify as a ballad.


Side Two could be a self-contained EP – it’s difficult to discern any drop in quality from the high standards established on Side One. Indeed, in these times of track shuffling, it’s notable that in whatever sequence the album is played, it still feels like that’s the best sequence. There simply are no duds.

There are two things that define the ‘Ratt sound’: The aforementioned heavy guitar riffs, but also the singular and unique ‘vocals’ of Stephen Pearcy. At the time, magazines and band alike were constantly name-checking Aerosmith as an influence, and Joe Perry even stated that Ratt had helped to keep the name of the embattled 1970s superstars in the public eye during Aerosmith's less popular phase ( - until their Run DMC-instigated comeback later in the decade ). Yet it was Ratt’s appropriation of the decidedly more metallic Judas Priest sound, with Pearcy’s scratchy vocals borrowing strongly from Rob Halford’s mid-range, that gave Ratt their distinctly harder - and more contemporary - edge.

The word ‘contemporary’ may seem incongruous in a review of what many may think of as an eighties relic, yet in this instance, it is entirely appropriate; Ratt were not a ‘retro’ band. Whereas the Crue peddled a naive and more druggy version of English seventies glam, and Guns N Roses borrowed heavily from even earlier rock, Ratt’s mid-eighties sonics ( thanks to the chrome-plated production by Beau Hill ) is almost futuristic in comparison, without losing any kind of punch. 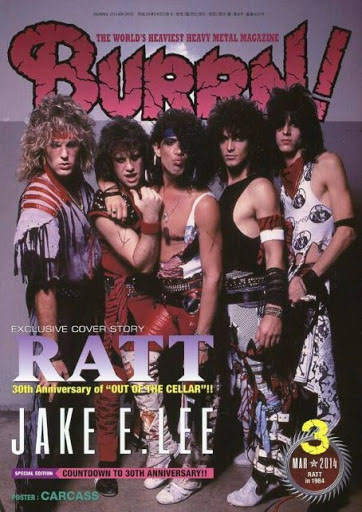 The reasons this album is very rarely cited by aficionados of metal music are manifold. For one, it was preceded by the band’s own metal-pop classic Out Of The Cellar, a hugely infectious – but sonically thinner - rush of pubescent party metal. Many people even now don’t recall anything by Ratt except their enormous chart hit ‘Round and Round’, a song which is still paying handsomely for its writers today. Drug and internal band friction also took their toll, which probably affected musical output, prompting subsequent albums to be less well-received, although the band were a strong draw right up to the dawn of the nineties.

Ultimately, Invasion Of Your Privacy probably needs to be rediscovered, and perhaps their label Atlantic should have given it a proper dusting-off this year, with the producer’s supervision, that is. ( It’s difficult to tell if it would have benefitted from a remastering, the sound is so good anyway ). Compared to the annoying ‘tantrum metal’ of the nineties and noughties, Ratt’s Invasion will still be considered an LA ‘party’ album...but unlike many of their mid-decade peers, it’s one that didn’t sacrifice its hard edge for pop chart accessibility. 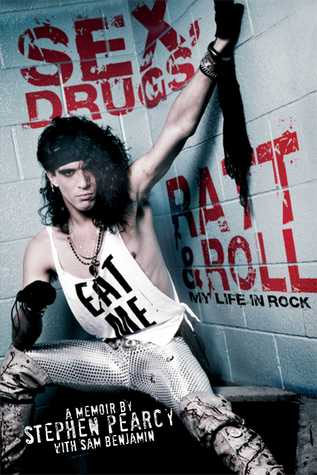