WONDER WOMAN ON FILM: HOW DO YOU 'REBOOT' A POP-CULTURE ICON? - a talk with director Jesse V. Johnson

''She is intense, focused, and physically powerful''

Update 2017: This article was written in 2013, well before Wonder Woman's awesome big screen debut in 2016's Batman V Superman. Future-Rocker will review her actual solo debut this summer, but in the meantime, this article discusses the obvious groundswell of support for a Wonder Woman movie, that surely made the Warner executives think that now is the time to bring her to the screen. First week of June 2017 is when we find out if they got it right. We definitely didn't, when you consider FR's ideal dream-team choice to make the film ( see article ). 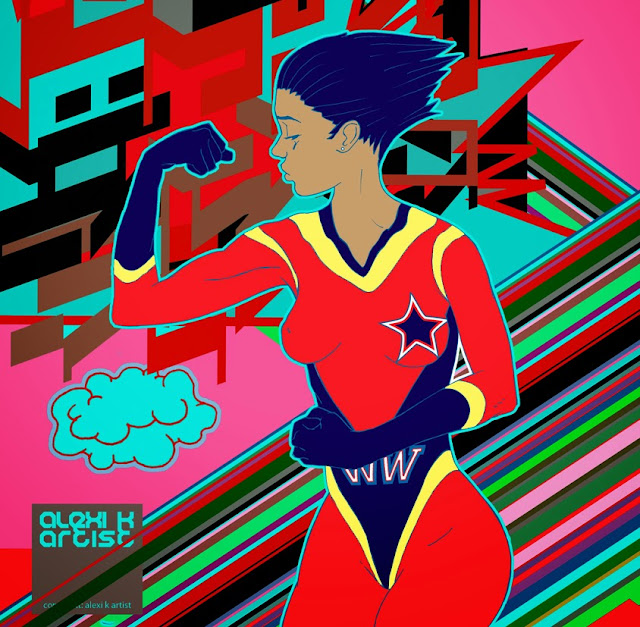 It seems that Wonder Woman fan trailers are like buses: You wait ages for one, and then suddenly two come along at the same time. Evidently film-makers are getting impatient with big studio stasis, and are taking matters into their own hands. Action movie director Jesse V. Johnson puts it succinctly: ‘I just felt Wonder Woman was a terrific character who had been seriously maligned by her on-screen depictions.’

Jesse’s was the first of two completely separate clips to become big internet hits this year. What made him pick the distinctly ‘alt-rock’ looking Nina Bergman to play the iconic character? ‘Nina is an actress-singer I have known for some time. She is intense, focused, and physically powerful, attributes I felt were perfect for Wonder Woman.’ 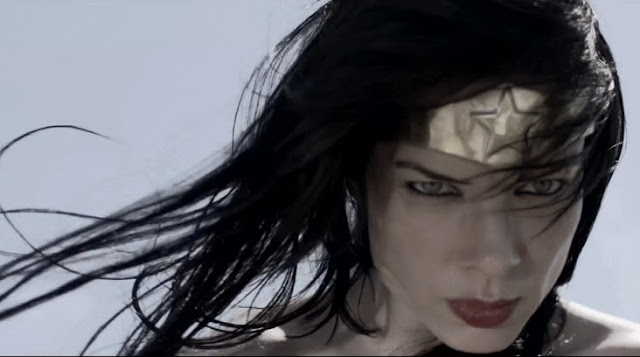 So why are Warner Bros - the studio that owns the entire DC Comics pantheon - so reticent to push ahead with a big-budget movie adaptation of such a well-known character?
The reasons are manifold, but the main one is probably the age of the character herself. Wonder Woman, like Superman and Captain America, is essentially a 1940’s creation, and represents a first-generation of superheroes who became default mascots of World War II America and its ideals, and therefore proves difficult to re-tool in our era of cynicism and suspicion of traditional values and authority. Johnson explains: ‘DC is rightfully protective of its characters - meaning it can be difficult to get a feature going, but that protective attitude leaves a vacuum for a well thought out fan film to make an impact.’ 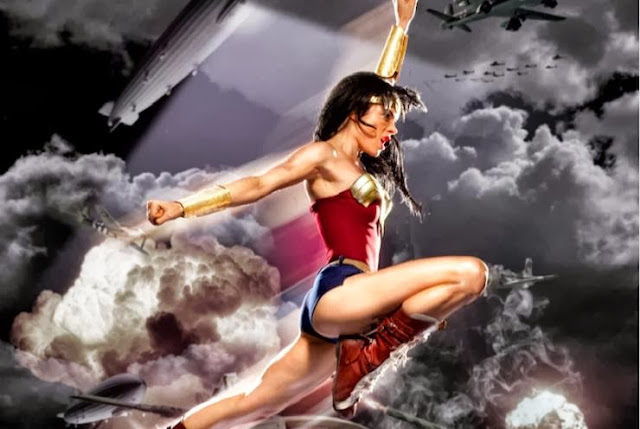 They have good reason to be cautious: As other studio adaptations of vintage comic heroes such as The Phantom, Dick Tracy, and The Shadow have shown, no matter how lavish your period styling and art deco set designs, a movie can easily be regarded as no more than a curiosity to all but the most hardcore genre fans. More saliently, female-fronted action films have also historically performed badly at the box office ( Aeon Flux, Elektra, Catwoman ), and even worse at the hands of the critics ( Tomb Raider ).

So now there are two interpretations: Johnson’s, with its kinetic and punky vibe, and Sam Balcomb's ‘300’-style interpretation, going for that mythical Greek look. Both examples show that with the right vision, it is still possible to portray the character in a credible way.

For the budding film-maker, if the studio is so protective of its property - and you want to make your own trailer - what are the legal ramifications? According to Johnson, ‘I made it with no permission from anyone, and posted it to Vimeo which is non-profit. I made my Wonder Woman with no view to making any kind of financial profit from it, internet profit doesn’t interest me. It wasn’t - and cannot be - the reason for me to make these shorts. I made Wonder Woman to show that I had an artistic vision for the character, that could, with a little imagination, be seen to initiate a successful feature film premise.’

The final result is spectacular. What did the studio make of it?

‘The WW trailer brought me a wonderful series of meetings with execs at Warner Brothers, it would be a dream come true to work with them, but I believe I am going to have to deliver a more solid reason for them to bank on me as a director of a studio picture.’ He then adds cryptically, ‘I am working on that aspect as we speak.’

Interestingly, it transpires that the actress playing Jesse's Wonder Woman was a good choice, too. ‘Nina is repped by Warners Records, they saw our short was doing well and put it on their Youtube channel.’

Below: Great profile shot of Nina Bergman as Wonder Woman.

Indeed, Nina confirmed to FUTURE-ROCKER that ‘it was an incredible opportunity to work on Wonder Woman with Jesse.’ ( Scroll down to the end of this edition for more info on Nina ).

Sounds like a nice bit of synergy for all concerned. What does Jesse think of Sam Balcomb's Wonder Woman, played by Rileah Vanderbilt?  ( see clip, below ).

‘I like it, the visuals are beautiful, ’ he enthuses. 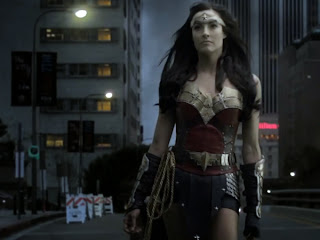 How lucky for Warner Brothers. While they dither in a creative limbo, energetic and talented film-makers are producing movie prototypes for them, creating huge viral publicity in the process - and all completely for free! Warners should fire their publicity departments.

DC is now ten years behind Marvel in terms of getting characters successfully to the screen. One of the reasons could be that Marvel’s characters more readily translate for a modern sensibility, birthed, as they were, during the 1960’s counter-culture. The earliest geeks and hipsters found themselves amused by Stan Lee’s smart-mouthed dialogue, dazzled by the psychedelic visuals of master artists like Ditko, Kirby and Steranko, and thus the characters’ spirit has remained intact ever since.

Unfortunately, the longer Warners/DC wait, the more pressure there is to deliver a massive hit. No executive wants to go down in history as the guy that killed the Wonder Woman franchise, so you can see why the studio doesn’t want to put itself through the pain of another Superman-style reboot. Maybe to play safe, they should introduce her in a team-up context, as with Ben Affleck’s Batman, in the Man of Steel sequel.

FUTURE-ROCKER thinks that a successful Wonder Woman film should be a courageous and full-on Inglourious Basterds-style World War II blitzkrieg, and if it has to be from a ‘known’ director, let it be Quentin Tarantino directing from a David Mamet script.


Ultimately, like their super-strong heroine, Warner Brothers need to man-up - and show Marvel how it’s done.
Posted by HAL 9000 at 15:28