1969: A SPACE ODYSSEY - STEPHANY FOLSOM GETS ON THE 'BLACK LIST' 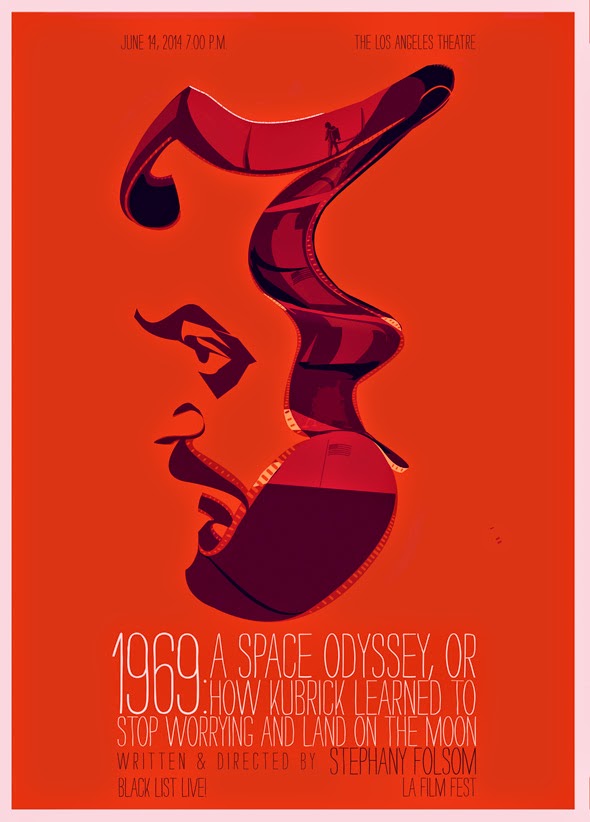 In these times of media intrusion and internet paranoia, now more than ever, conspiracy theories are the modern equivalent of legends or folk-tales. A story about Stanley Kubrick making a fake moon-landing is just what writer and fan Stephany Folsom thought might have happened at the height of the Space Race, charged as it was, by the intense political atmosphere of those Cold War times.

Stephany's script has won the author critical accolades since it made the 2013 Black List ( a career-boosting Hollywood survey of the 'most-liked' scripts not yet filmed ), and also given the honour of being performed in one-off Black List live special, in front of an audience.

- How did you come up with the idea for 1969? There are a lot of theories about Kubrick faking a moon landing, so as a fan, the idea must have greatly appealed to you.

I'm a huge fan of Kubrick and his films. DR. STRANGELOVE is my favorite, but I also love THE SHINING and PATHS OF GLORY. I came up with the idea when I visited the Stanley Kubrick exhibit at LACMA ( - Los Angeles County Museum of Art). I left the exhibit wanting to tell a story with Stanley Kubrick as a character. As I was leaving the exhibit, I remembered there being a crazy conspiracy theory that he faked the moon landing. I thought about it a little more, and the fake moon landing seemed like an excellent way in to a story about Kubrick and his films. So that's how I came up with the idea for 1969. I'm also a huge fan of all things NASA, and I love all things related to space exploration.

- For those of us who are not Hollywood insiders, did you submit to the Black List website, or were you separately recommended to the annual Black List survey ( - and did you have an agent at that time )?

I have never submitted to the Black List website. I heard it's a great service, but I'm not sure if or how submitting to the website is connected to the annual Black List. That would be a question for Franklin Leonard ( - former Universal executive who founded the list ). As for the annual Black List, the scripts on there are nominated and voted on by executives in the industry. They are scripts that have been set-up or have gone out to the town as a spec, but haven't been produced yet. I'm pretty sure that everyone on the annual Black List has reps. So yes, I did have an agent and manager before I made the 2013 Black List.

- When it came to the table-read in front of a theatre audience, and only one day with the cast to do a read-through, were you worried when you spent the night editing it for the stage, that you could badly mess it up and not notice until it was too late?

Ha, not at all. I was worried I wouldn't get it finished in time, but I wasn't worried I would mess it up. You have to have a good internal editor if you are going to be writing for a living. You also have to be good at cranking out decent pages under pressure.

- Was a stage performance a good way of getting a 'feel' for how the screenplay could translate onto film?


A stage performance of your script is an excellent way to see if your dialogue is working. I highly recommend having actors read your dialogue. As for it giving you a feel of how your script will translate to film, not so much. There's no way to gauge the impact of the visuals in a table read.  There's much more to a screenplay than just dialogue, and reading it out loud doesn't really let you know if the action is working. A staged reading is an excellent tool, but it's limited.


‘If you're in it for the money or the fame, you'll be let down’ 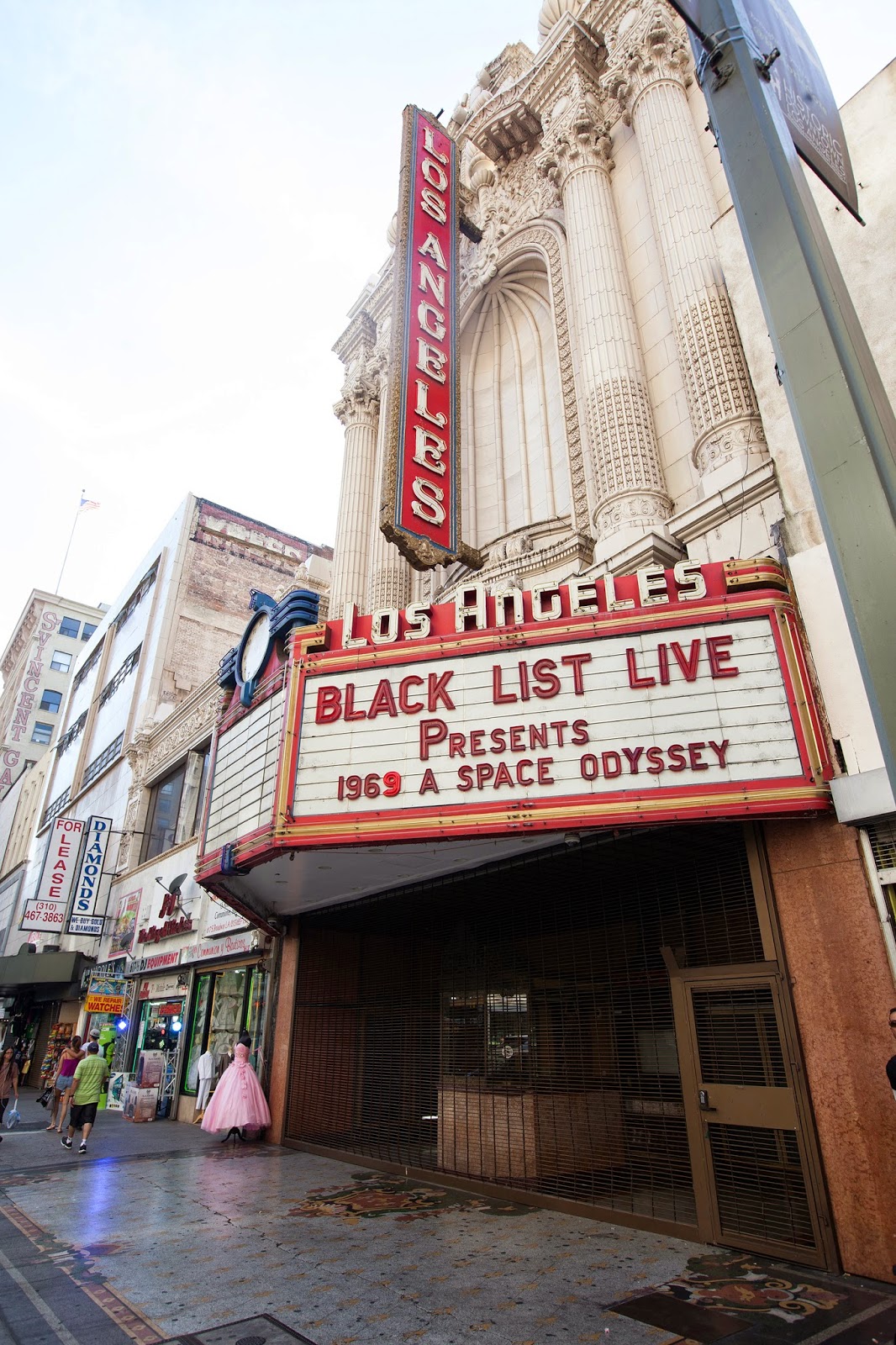 - You say you can't talk about 1969 since the reading. Excluding that then, what would you love to work on in the future? Big blockbusters, indie films, or both?

I'm working on a studio project right now, but I'm up for telling any compelling story - big or small.

- Which authors / film-makers / screenwriters are you a fan of?

I love Kurt Vonnegut, Shane Black, Kubrick, Hitchcock...I really could go on and on.

- Most people can only dream of being a prospective writer in Hollywood, let alone being the next Ben Hecht or Joe Ezsterhas. Do you have a day-job away from the craziness of the industry, or are you managing to live off the writing?

I make my living as a writer.

- Lastly Stephany, what tips would you give to those who are inspired to have a go themselves?

Write about something you care about, and do it because you love telling stories. If you're in it for the money or the fame, you'll be let down. There are easier ways to make a living. Care about the story you are telling and do everything in your power to get your story told. 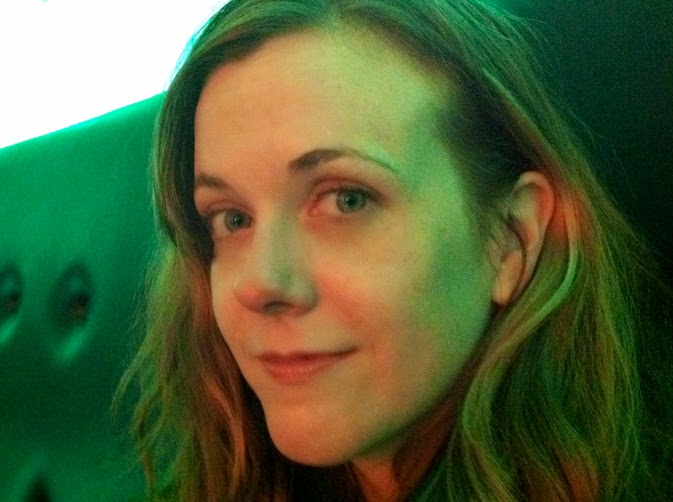 STEPHANY'S BLOG: ON SCREENPLAYS AND MOVIES AND MORE!