ELECTRIC DREAMER: SOUNDTRACK TO A FUTURE PAST WITH CODE ELEKTRO! 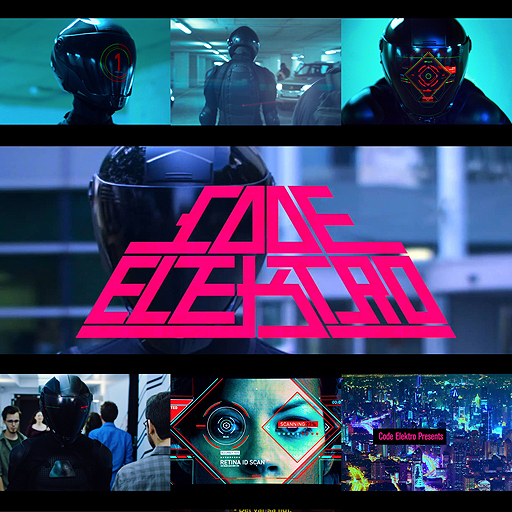 William Gibson's short story 'The Gernsback Continuum' brilliantly encapsulated what has become common currency in the realm of science fiction and the popular imagination: The idea of a 'future that didn't happen'. In that instance, it recalled the 'art deco futuroids' of a 1920s/30s-envisioned future, like the ones written about in pulp mags such as Thrilling Wonder Stories and Astounding Tales.

Gibson was again ahead of the curve, because now that we are actually living in a science fiction future, for those creatives who find their own milieu just a tad too dull, they can use their talents to evoke these more romantic 'lost' visions, either in books, films, and more recently, music. Possibly the exemplar of this would be film director Panos Cosmatos ( interviewed here in this blog a while back ), as his visually-stunning film Beyond The Black Rainbow not only looked like a straight-to-VHS sci-fi chiller, but utilized the Sinoia Caves soundtrack to force the effect of a temporal dislocation upon the bewildered viewer.

Alongside Sinoia Caves, other artists such as Pilotpriest, and even the film director and synth maestro John Carpenter himself, have released quasi-soundtrack albums of neon-soaked, rainy eighties fantasias.
So, with this concept now firmly entrenched in pop culture, Future-Rocker talks to Danish newcomer, Martin Ahm Nielsen - aka CODE ELEKTRO - about his music, and the need to go 'back to the future'. We also debut Cyber Dreams, his stunning promo video, too.

Code Elektro is my electronica “band” where I’m the only member. The genre is a mix of synthwave and modern electronica. This year I've released my first album with ten tracks on vinyl, download and stream. The title is Superstrings. And it has been really well received. I didn’t know what to expect before the release, because I started from absolutely nothing. But the reviews have been great – and people from all over the world tell me they like it. 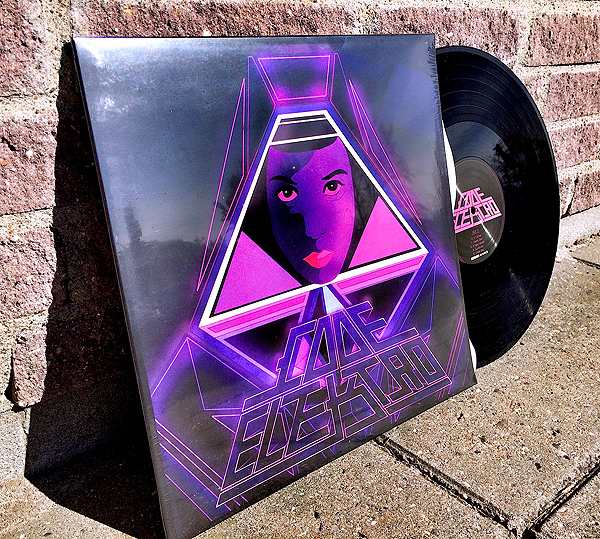 How would you describe your music - futuristic or retro-futuristic?

I would say mainly futuristic. There’s some retro elements, but for the main part, I try to create music that sounds like it’s new. However, I love the synthwave scene and I think there’s a lot of talented artists out there – and it’s great to see how it’s slowly getting more and more attention.

Clearly, your music is very cinematic - do you have visuals in your head when you compose?

Yes. I do that a lot. I find that having a movie or a certain atmosphere in my head can help me create. And I think that you can hear that in my music.

What instruments / technology do you use?

My main digital audio workstation is Cubase Pro 8 on the Mac. It’s the program you record in on your computer, similar to Garage Band and Protools. And for plugins I use U-he, Omnisphere, Retrologue, Padshop, Kontakt, TAL-U-NO-LX and all the synths from Arturia. I also have a few hardware synths – I used the Moog Sub Phatty the most.

What are your favourite albums, books or movies? From your music I can detect certain reference points.

So, given all those influences, what movie would you love to do the soundtrack to?

Blade Runner and TRON: Legacy have fantastic scores – and I would love to have worked on them. But they're awesome because of Vangelis and Daft Punk…and I think they did a great job because they are who they are. Also the movie Beyond the Black Rainbow has an incredible synth score. And of course ( Swedish martial arts and eighties homage movie ) Kung Fury!

What do you see Code Elektro doing in the future? Concerts, movie scores, CD releases..?

Right now there’s a lot of work in promoting the album and the new music video…also I’m sending out vinyl all the time! Which is great fun…but yes…there’s a few new plans taking form. Too early to say more about it..!