Axel here. You may notice that for this Electronic Rock Special Edition we decided to 'dress' it in the rather vibrant art style of Marvel Comics maestro, Jack Kirby. Kirby specialised in visualising the idea of 'the cosmic' - whether that be alien races ( The Inhumans, The Eternals, The New Gods, etc. ) or worlds and vast galactic vistas. Certainly, the futuristic sounds covered in this edition seemed to warrant appropriately out-there imagery.


Below: KLAYTON [Celldweller] by Axel Ki 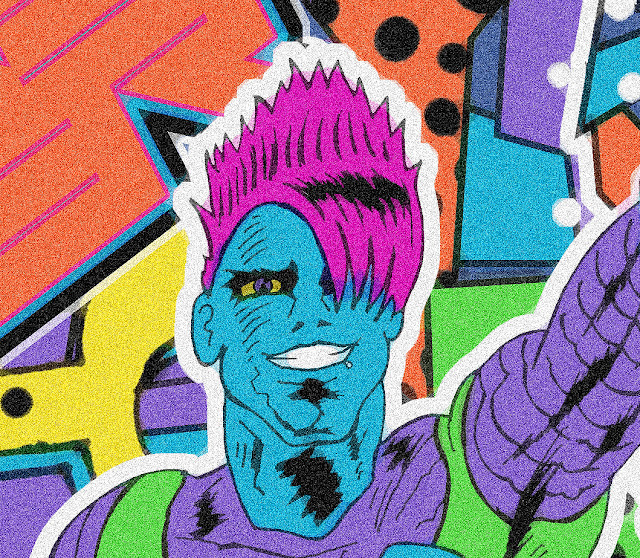 Many Kirby enthusiasts acknowledge that his best work was probably inked by Joe Sinnott, who perfectly captured and enhanced Kirby's insanely prolific output at it's absolute peak, most notably in the pages of the groundbreaking comic magazine, Fantastic Four.

One thing I did notice as I started this project, was that I could only do a good imitation of the Kirby style in pencils. It was when I began to ink them in that my shortcomings became glaringly apparent. Having done the pencils on regular drawing paper ( I like to keep it 'organic' and avoid using drawing tablets ), I found that using Rotring technical pens soon 'dug up' the surface of the paper, leaving clumps of inky fibre on the surface. Once I'd gotten round that, I realised that the best I could probably manage was an approximation of the slightly later Marvel artist, Herb Trimpe. Trimpe's art, back in the day, was regarded as a poor man's Kirby and a by-word for the journeyman jobbing artist. This is unfair, because with the benefit of hindsight, it's clear that Trimpe was also an arch stylist who is due more respect.

Below: ZARDONIC by Axel Ki 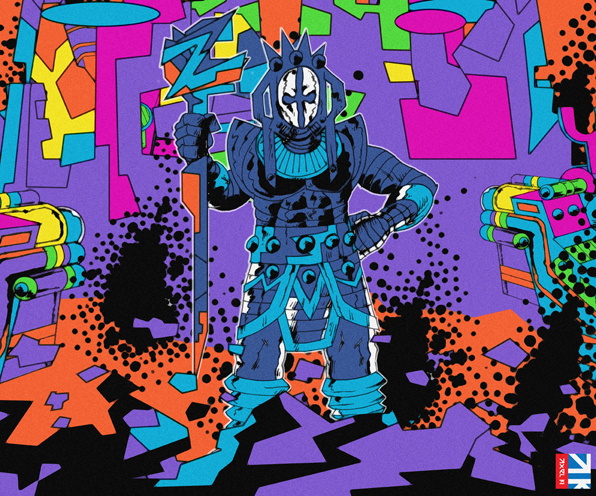 Scratchy paper and ink blobs aside, I did have in mind that I wanted the artwork to look cheap and degraded anyway, in the same way that comics would have looked back in the day, as the paper quality and ink technology would have given them that reductive 'Four-Color Comic' effect. Which of course - also with hindsight - to us with our modern eyes, looks beautiful and has a charm that modern comics lack.

Below: BLUE STAHLI by Axel Ki 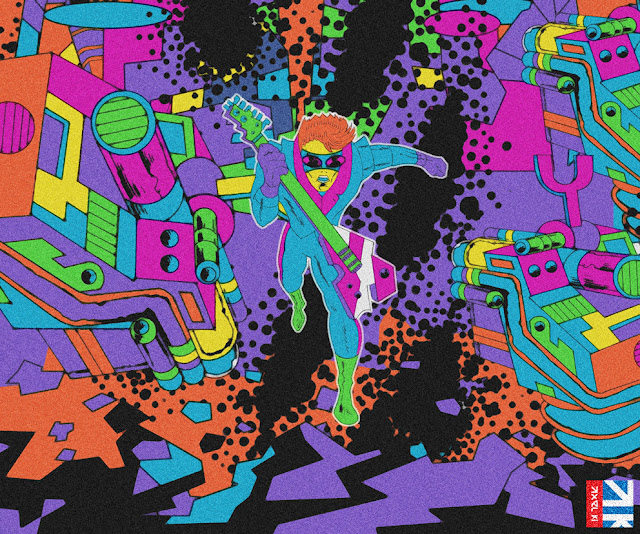 Once the characters of the Kirby-ized Blue Stahli, Celldweller and Zardonic were drawn, abstract shapes were hastily added, in the form of cosmic-looking machines and gadgetry ( also pencil and ink ) and to fill out the background, some random vector shapes.

To complete the cosmic overload, we decided to colour the whole issue like the recent Jack Kirby 'Lord Of Light' Heavy Metal Magazine special ( see the film ARGO for the back story on this ). Finally, experimenting with layers of noise, speckles and blur, we hoped that the final art would come out looking like a cheap comic page.

Whether we succeeded or not is debateable. All I know is that one can't just 'do' an exact Kirby, Sinnott or even Trimpe. They are legends in comic and pop art. The best we latecomers can manage is an homage. Hopefully we succeeded at that. 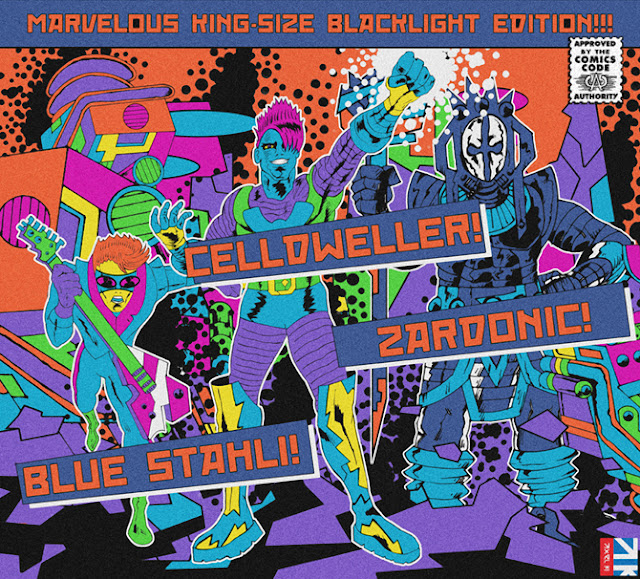