The ever-dependable Milan Records* are releasing the Deadpool digital soundtrack on the same day that the film is released ( February 12th ), with the physical version arriving on March 4th. Junkie XL ( who also did Mad Max: Fury Road ) will be scoring the movie. As with other recent films, you can use the tracklist to attempt to figure out the film's plot in advance of its release. Although we here at Future Rocker HQ, are slightly puzzled as to how the story goes from 'A Face I Would Sit On' straight to Wham's schmaltzy 80s disco classic 'Careless Whisper', at the movie's finale..!

Below: Yes, this poster is real! Another classic from the exceptional DEADPOOL marketing campaign. 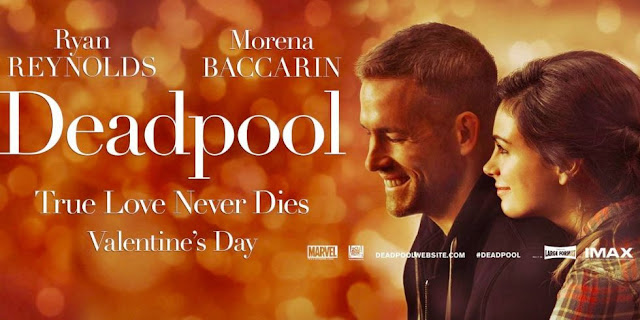