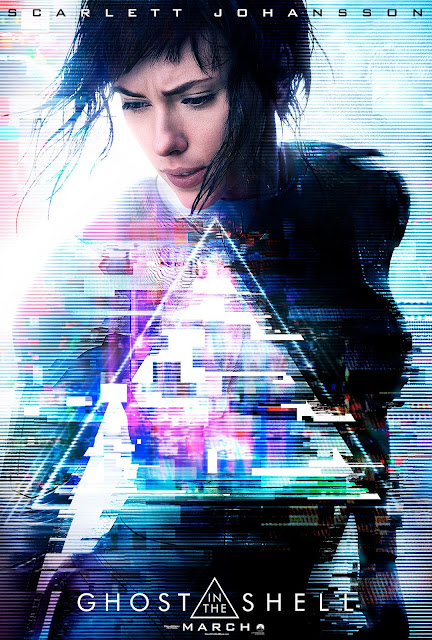 With Marvel Studios' hugely successful DOCTOR STRANGE comic adaptation now in the rear-view mirror, it feels like there's some room for Paramount to unveil the trailer for their highly-anticipated GHOST IN THE SHELL live-action movie.

Starring Scarlett Johansson, plus Juliette Binoche and Takeshi Kitano, GHOST IN THE SHELL already has a built-in cult following from the acclaimed manga comics and numerous animated movies. Indeed, it is hoped to be a huge break-out movie, following as it does, in the wake of two notable Johansson indie sci-fi films ( LUCY, and UNDER THE SKIN ) plus her ongoing and very popular appearances as Black Widow in MARVEL'S AVENGERS franchise juggernaut.

That it is the first major comic-book movie in the current era that is not from either Marvel or DC, can only heighten the anticipation, while at the same time capitalising on the seemingly-endless contemporary demand for adapted comic properties.

Email ThisBlogThis!Share to TwitterShare to FacebookShare to Pinterest
Labels: Ghost In The Shell, Scarlett Johansson