A SET-LIST OF 'SUBSTANCE' 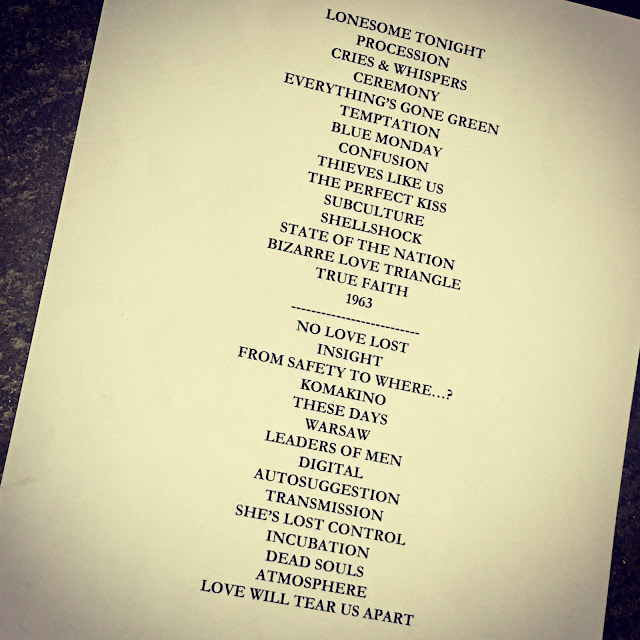 A few minutes ago Peter Hook Tweeted a photo of the set-list from last night's gig ( at The Orange Peel, Asheville, North Carolina ).

'Substance' is the title of both NEW ORDER and JOY DIVISION's landmark compilation albums, ( released August 1987 and July 1988 respectively ), and so the above list is inevitably a mouth-watering prospect for fans of both bands.

Here at Future-Rocker, we love how Hooky has become a confident and commanding frontman and lead singer, and we definitely appreciate the rocking live versions of his bands' classic songs.


Below: Peter Hook & The Light live in Mexico City, September 2013