BEYOND THE BLACK RAINBOW - A TALK WITH DIRECTOR PANOS COSMATOS 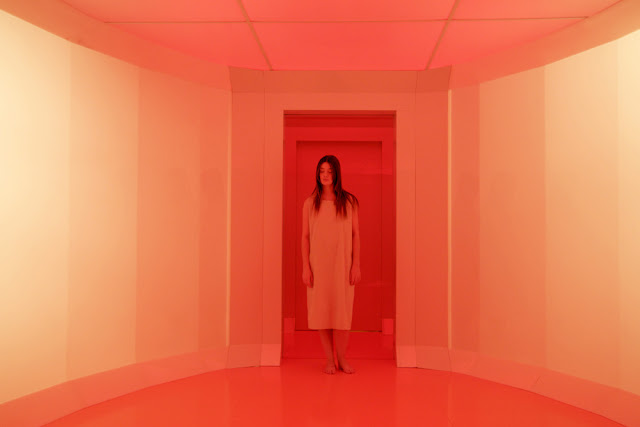 For those of you who feel that thoughtful, experimental - and even stylish - Science Fiction movies died with the advent of Star Wars and the proliferation of mindless summer blockbusters, FUTURE-ROCKER presents you with the antidote: The hallucinogenic world of Panos Cosmatos' BEYOND THE BLACK RAINBOW.


Set in the bold and futuristic year of 1983, the film features a young woman ( Eva Allan ), who finds herself trapped in an experimental lab watched over by the sinister Dr. Barry Nyle, played by the superbly twitchy Michael Rogers ( possibly channelling ubiquitous 80s genre star David Warner ). The film's exceptionally druggy atmospherics are augmented by the throbbing chromatic lighting and pulsing synth tracks of 80s-revivalists Sinoia Caves. Even the DVD cover art is styled in faux-VHS packaging. Beyond The Black Rainbow caused quite a stir at Cannes, and immediately got picked up for North American release by Magnet Films, purveyors of edgy horror, sci-fi and Asian cinema. FUTURE-ROCKER talked to director, Panos Cosmatos, currently in-between projects.

- Panos, the film's attention to detail, regarding the feel of pre-Star Wars film-making, is astonishing. You are obviously deeply fascinated by this whole period.

My mother Birgitta Ljungberg was a huge inspiration to me. She was an avant garde sculptor with a very open and experimental imagination. No matter what crazy music I was into that I'd play for her, she would always listen intently and comment thoughtfully on it. She always encouraged me creatively, and even though she passed away many years ago, she is still an influence. My father taught me about film history. He had an impressive Betamax collection, mostly recorded from HBO, Showtime and Z Channel, that exposed me to every era and style of film-making. Through general exposure to him, and by watching him work, I learned about the film industry. I gleaned a lot from overhearing his phone conversations with various producers and executives.  Even though at home he was a very sentimental man, at work he was a hardened realist.

- Talking about your dad ( blockbuster film-maker John Cosmatos ), he directed Rambo First Blood II, a seismic cultural hit that bisected the 80's, so how did that huge mainstream success impact on your family, and on you as a youngster?

It was astounding, and somewhat frightening, to watch the Rambo phenomenon ripple across the cultural landscape. On a personal level it had the effect of exacerbating my already extremely shy nature. Since I grew up in Canada, away from Hollywood where such a thing was more commonplace, it made me feel incredibly self-conscious. It's interesting to look back now and see it all with the clarity of hindsight.

- BEYOND THE BLACK RAINBOW is definitely the vision of a Betamax / VHS obsessive, as if you filtered the Andromeda Strain, Kubrick, Cronenberg, Colossus The Forbin Project... you seem to have nailed those aesthetics. Explain why you wanted to tell the story in that way.

In many ways the film was an experiment. An attempt to take an abstract idea and make it crystalline. I wanted to try and capture my memory of how a film felt, seeing it for the first time at a young age, on late night cable television or a random tape. The story grew out of that notion, and as a result it ended up reflecting the landscape of the era in more ways than just aesthetically. 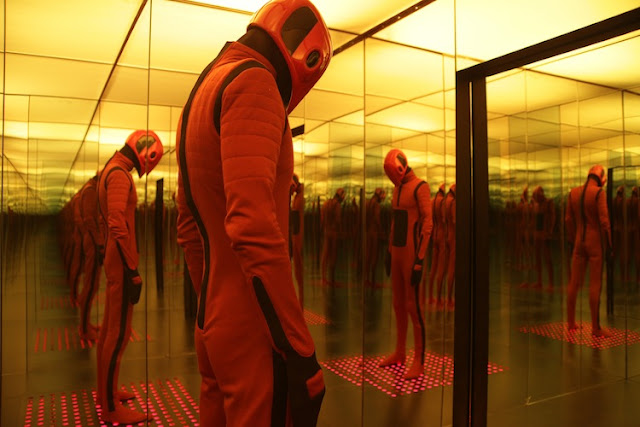 - How do you feel it was received - by both critics and audiences?

When we first started showing the movie, it felt like people were perceiving it as a straight sci-fi genre piece, and didn't quite now how to take it in. It wasn't till we showed it in New York City, that the influence of experimental and underground film was picked up on. It's been gratifying having the movie seen by more and more people who are attuned to its very particular frequency. 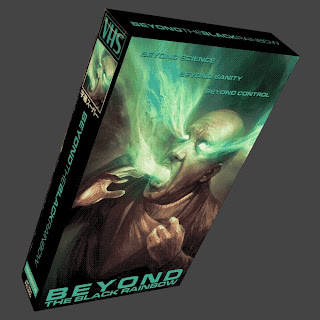 - The film is such a strong stylistic statement, that as a viewer, I'm left wondering ''what's next?'' - I hear the follow-up is a 'bit bigger', so will it have the same art direction and style, or have you gotten that out of your system?

There's stylistic and tonal aspects of Black Rainbow that I'd like to continue to explore, but I'm not interested in making the same thing twice. Each idea is its own organism and that has to be nurtured for it to flourish. Movies are an unlimited dreamscape, and it feels like the medium has barely scratched the surface of what it's capable of. 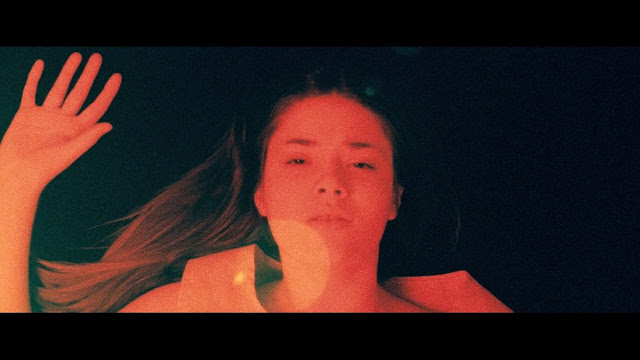 - Is sci-fi / horror your main interest, or do you ultimately want to try other genres?

Various forms of science fiction, including sci-fi horror, were my favorite genre for most of my life, but recently my obsessions have shifted more towards horror. In a way horror is the purest genre there is, and it's incredibly flexible, expressive and diverse. I love genre cinema and feel inclined to dedicate my life to trying to contribute to it. When you love something, it's almost a moral imperative to do so. Horror and science fiction have always been ghetto genres, and that's one of the things I love about them. I feel at home in the cultural ghetto.

- Finally, who would you most like to work with?


I'd most like to continue working with people who are creative.

'In a way horror is the purest genre there is, and it's incredibly flexible, expressive and diverse'
- Panos Cosmatos