It goes without saying that beloved science fiction films have a history of cross-pollinating each other across the decades. Elements from Metropolis ( 1926 ) may be visible in Bladerunner ( 1982 ) and Akira ( 1989 ), for instance.

Here, we have the final of the three short films commissioned to coincide with Denis Villeneuve's imminent Bladerunner sequel. The director, Shinichiro Watanabe ( most famous for Cowboy Bebop ), purportedly commented that Bladerunner was the film that had the most influence on him, and that it was important to pay respect but not be an imitation. It was inevitable perhaps, that the stunningly-realised futuristic milieu of the original film, imprinted itself on dozens of live-action cinematic releases over the years, as well as on the colourful, animated world of manga.

Advance word on Villeneuve's film is already resoundingly positive, and may even be a new classic. He will have pulled off an astonishing feat if that indeed is the case. We only have a few more days to find out for ourselves, but until then, here Villeneuve presents a new short to as the final hors d'oeuvres to the main course:

OOPS! IT APPEARS TO HAVE BEEN TAKEN DOWN BY WARNERS.
OKAY, HERE'S THE TEASER CLIP, COURTESY OF TOKYO POP TV!

After millions of plays since 2011, Blue Stahli's 'SHOTGUN SEÑORITA' - as remixed by Venezuelan Metal Drum & Bass artist Zardonic ( below ) - gets an officially-sanctioned release. 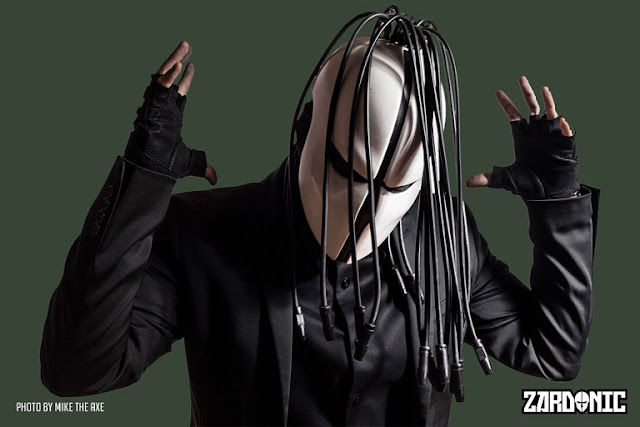 ZARDONIC'S GUIDE TO DJ-ING plus MIXTAPE