Can't they just release the movie on streaming - how much longer??
To get us there, let's enjoy the music from the WW84 trailer soundtrack:
Sebastian Böhm's epic cover of New Order's 'Blue Monday' is full of that Hans Zimmer flavour: Exactly what you need when smiting evil-doers or getting into a sweaty mess on the exercise bike during Covid.
Posted by HAL 9000 at 19:58 No comments:

LIFE OF A SONG: FROM SIXTIES SOUL TO BRAZILIAN THRASH METAL: 'TAINTED LOVE'

Sepultura have been on a roll recently with latest album 'Quadra' being the definitive sound of a metal band maintaining their relevance into the 2020's and beyond. However, they've just released a crushing one-off cover version of 60s Soul classic Tainted Love, for the Brazilian TV show Desalma.

Future-Rocker predicts that this sludgy rendition (with a gang-vocal finale for the inevitable moshpit throwdown), is a prime candidate for a huge hit single.

Originally sung by Gloria Jones in 1965, the song became a Post-Punk monster hit in 1981 for Soft Cell.

Tainted Love has also been covered by the Scorpions, Marilyn Manson and Imelda May.
Posted by HAL 9000 at 17:32 No comments:

Crushingly introspective? Explosively meditative? Bret Autry's latest sonic blasts appear to occupy two states at the same time, and, surprisingly, are not being released by his long-time career label Fixt Music.
An intriguing mixture of electronica, Arty European-style Black Metal and his instrumental 'AntiSleep' series of albums, there is definitely something for everyone on the new album, entitled Quartz.
Unless you want a quiet night's sleep - in which case, continue to look elsewhere!
CLICK HERE FOR BLUE STAHLI ON SPOTIFY
Posted by HAL 9000 at 00:38 No comments:

(BLAST) FROM THE PAST - SHOTGUN MESSIAH

LIKE BLUE STAHLI? - TRY THIS!
At the end of the Eighties, Finnish Glam Metal band Kingpin relocated to LA and changed their name to SHOTGUN MESSIAH upon signing to premiere guitar shredder label Relativity ( Steve Vai, Joe Satriani, etc. ).
After several lineup changes the band was reduced to singer / bassist Tim Skold and guitarist Harry Cody... and a drum machine.
Whatever happened in LA must have pissed them off mightily, because their third and final album was the apocalyptic industrial guitar blitzkrieg of 1993's VIOLENT NEW BREED. Produced by Ulf Sandqvist ( EMF, Machines of Loving Grace, Killing Joke ), and maintaining and even building on the catchiness of previous albums, VNB was more consistent and way heavier than its two predecessors.
Despite staying on-point with prevailing trends, the album was released during a difficult time for former 80's bands: The release was largely ignored and the band quit, to little fanfare. It was one of many anticlimactic endings from that era.
Skold went on to a successful career notably as sideman to Sascha Konietzko in industrial rockers KMFDM and then bassist for Marilyn Manson. Harry Cody completely disappeared from the industry, and producer Ulf Sandqvist went on to become Managing Director of BMG Scandinavia.
Whether the band's reputation has grown in the intervening decades remains to be seen... although last year Skold and Cody were reportedly planning a reunion.
Future-Rocker has always cited Shotgun Messiah's Violent New Breed as a incendiary one-off that was almost three decades before its time, predicting bands like Filter, Stabbing Westward and Blue Stahli.
A crushing comeback album in the Post-Trump / Post-Covid world would definitely be a mouth-watering prospect.
WANT TO SEE MORE TIM SKOLD? CLICK HERE!
Posted by HAL 9000 at 23:39 No comments: 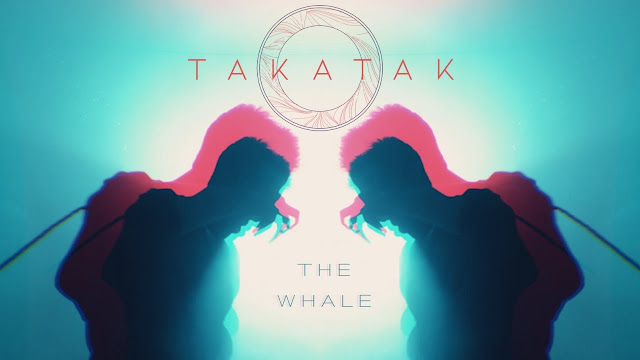 You saw them here first - fans of Devin Townsend, Eddie Van Halen, Architects, Gojira and Jinjer will love them:
Posted by HAL 9000 at 00:30 No comments:

'LIVE IS WHERE THE MAGIC HAPPENS'

This Fall, Danish Cyberpunk Martin Ahm Nielsen - AKA Code Elektro - released his first live album Night Train Live 2020, and in contrast to his acclaimed studio albums, this time features additional musicians to make it more of a live experience. 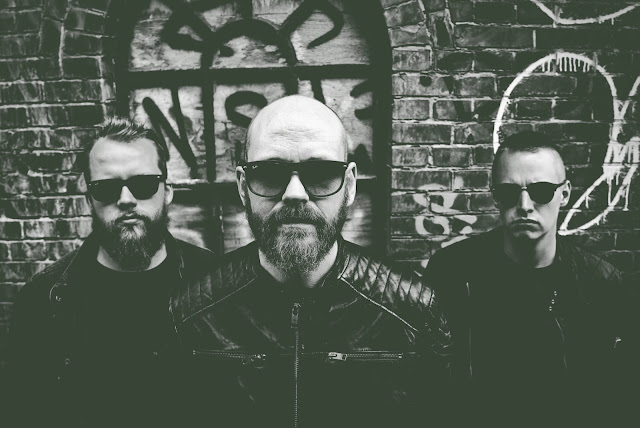 We catch up with Martin during 2020's Covid lockdown to find out how it all went down.

Future-Rocker: What made you decide to make Code Elektro a live experience?

Live is where the magic happens. I have always played live shows but only in other bands. And sometime last year I felt that it was time to take Code Elektro live. And it was so awesome!

Is Radar a local venue, and therefore a hometown crowd? What was it like, bringing it to the stage.

Radar is a local venue here in Aarhus (Denmark). It’s a really awesome place with great sound and gear (lights etc.). So yeah it was a hometown gig – beforehand I didn’t know if that would be an advantage because when I look at my Spotify data my fans are from all over the world. Thankfully a lot showed up and it was a great night!

'You can hear the groove'

What made you want to add a live guitarist (Niels Bach Storgaard) and drummer (Mikkel Nørgaard) for the live Code Elektro?

I wanted to have the live grooves that a guitarist and drummer gives - I wanted that feel with me on stage. I think you can hear the groove in the tracks. It really gives something extra.

They give the music an added dynamic and 'urgency'. The logical progression might be to add a vocalist. Have you ever thought about it? Male or female?

Absolutely (and thanks!). I am thinking about moving into that area. Male or female is not that important…. whatever fits the song best. 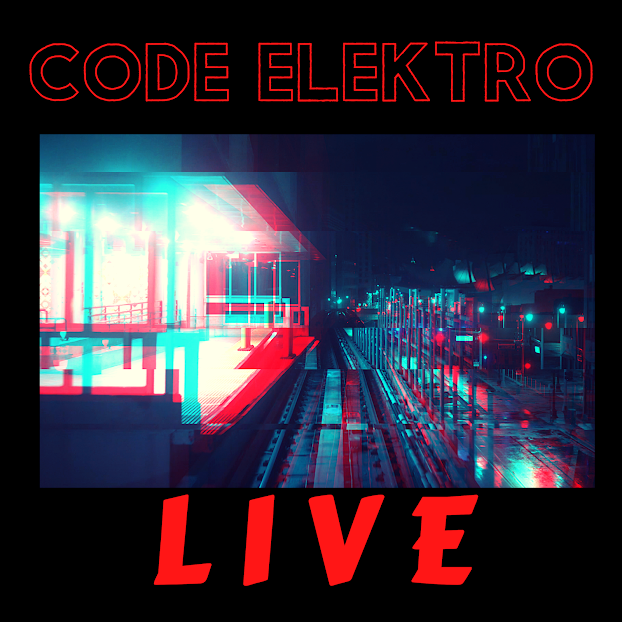 Would you consider adding guitars and drums to future Code Elektro studio releases?
YES! It really gives something to the music. Working on the computer and being a one man band is cool – but the drums and guitars really adds another dimension.

I would love to see this music on a movie soundtrack... as a sound designer you must meet film-makers all the time. Do any motion picture opportunities ever come up?

There’s has been a few opportunities and talks about Code Elektro and soundtracks…maybe in a near future.

'I know people that have been struggling'

How has lockdown been for you? Productive, or a bad interruption?

It has definitely given me more time. Since the live show in February I have been busy working on the releases – so I have had enough to do. But I know people that have been struggling financially and with the isolation. I hope things will clear up.

I'm really intrigued about your side project Telestation Alpha. Those analogue synths sound really beautiful. What inspired the music? I love the feeling of an 'Old Future' that they evoke. In my memories we used to have a late night series of TV programs called 'The Open University' where some really crusty-looking 1970s physicists would talk about particles. It reminds me of that..!

Thank you so much! The inspiration comes from my interest in the Cold War, spies and all that stuff. And also, the electronic pioneers from when electronic music started: Laurie Spiegel, Else Marie Pade and Edgar Froese etc.

I think I know what you are talking about regarding the physicist haha! I also got some of my inspiration from when I visited the Thule Airbase in Greenland with a band I played in. It’s an American military base and it totally had these Cold War vibes, but also reminded me of the Dharma Initiative from the series LOST.

Any plans to expand the Telestation Alpha concept? How about write an actual screenplay around it?

That would be a really awesome idea! And I have thought about it. Right now it’s just these albums that I will release from time to time. But maybe at a later point I will work on a bigger story around it.

SKYND is a Scandinavian singer who researches true crime and then uses it as inspiration for her music. 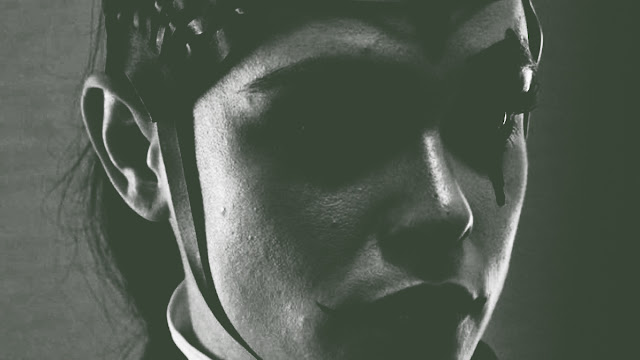