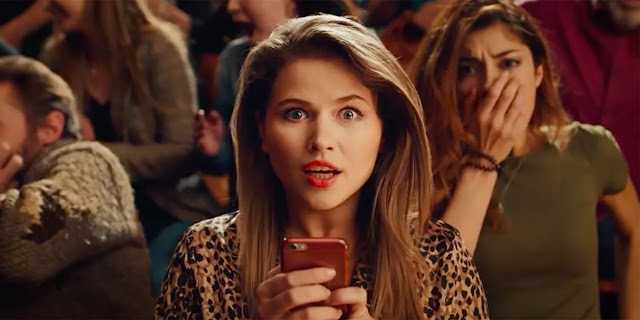 Singer, actor and director Ilya Naishuller was the man behind the hugely viral BITING ELBOWS' BAD MOTHERF**KER video ( as featured in Future-Rocker's first edition ), which was later crowdfunded into an expanded concept, becoming last year's cult cinema hit HARDCORE HENRY. Never a man to rest on his laurels, he now serves up another bar-raising promo classic, this time for the band LENINGRAD. Check out the spectacular results, and then scroll down for an update from the man himself:

FUTURE-ROCKER: Your Leningrad promo - at what point did you decide to do this backwards, or was it intended to be backwards right from the early planning stages?

I wrote the actual script backwards.

And did you storyboard it forwards to check that it would be coherent, then reverse everything?

Nope, storyboards were always drawn in reverse. But everything was filmed forwards, and we edited right on the set to check for how it works backwards.

So after having done a big budget film such as Hardcore Henry, was there still anything unexpected that you hadn’t foreseen while filming ‘Kolshik’?

Too much to mention, really. Everything was unexpected, with no references, as I was doing something that was never done well before. And of course, the jump from a five minute video to a ninety minute feature is a very interesting one.

What was it like working with ( DISTRICT 9 star ) Sharlto Copley?

Awesome! He's a true collaborator and works hard to get the best material possible.

So, Ilya, have you been been offered any other movies, off the back of that?

Give us a scoop, then!