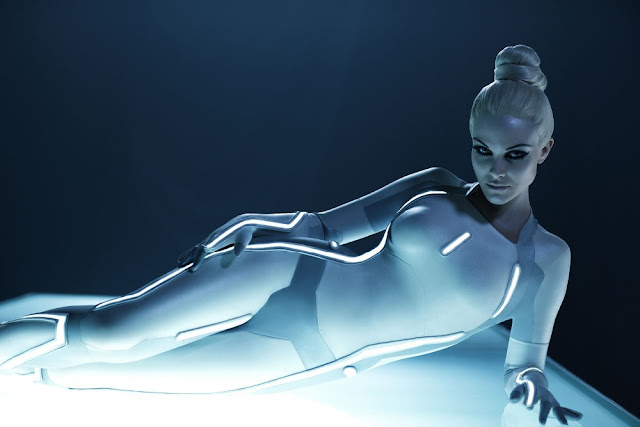 ARTICLE: COULD IT BE THIRD TIME LUCKY FOR THE TRON UNIVERSE? by Alexi K 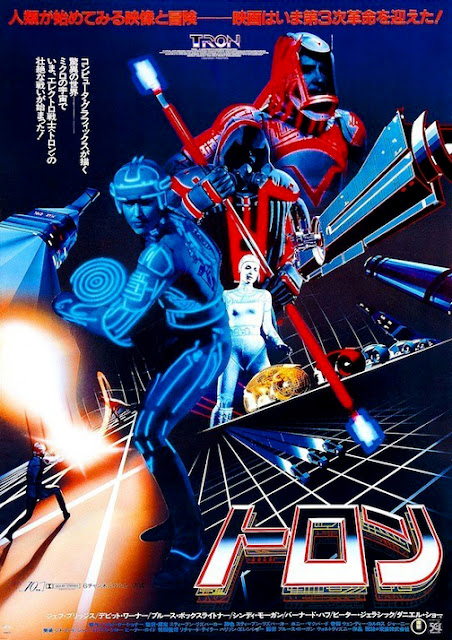 When DISNEY announced that their 80s cult sci-fi movie TRON was getting a lavish Noughties sequel ( yes - sequel - not a remake ), anticipation was high that this would be a breakthrough release, ushering in a new franchise with trendy retro-roots that refreshingly wasn't anything to do with Marvel or DC.

The trouble with the previous statement is the word 'cult'. Disney does not do 'cult'. They either do 'BIG', or not at all. And so the film Tron: Legacy ironically has a similar afterlife to the first film: An enthusiastic army of admirers that for reasons known only to box office alchemists ( or maybe Disney execs ), yet again failed to yield the monster hit Disney was hoping for.  [ Cont'd ]. 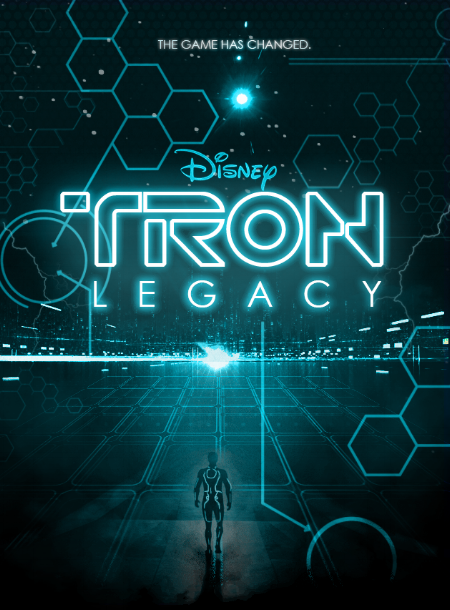 In a way, the surprise was that Disney were attempting the sequel in the first place. A small but vocal pool of fanboy supporters does not guarantee a hit movie, even more-so if the sequel deviates from the source material, annoying those same purists. Instead of a brighter, refreshed take on the work of original designers Moebius and Syd Mead, we got a largely monochromatic CGI environment, all charcoal-and-neon. Against the expectations of the intervening years, it looked dull, in other words.

As Marvel have proved to a stunning degree, sequels only really work when the original is cleverly established and built upon. With veteran actor Jeff Bridges' reprisal of Flynn chewing the scenery, Tron himself - uber-cool Bruce Boxleitner - was left with a mere cameo, while the original's heroine Cindy Morgan ( who played Yori ), and villain ( David Warner's Sark ), were notably absent altogether. So the net result of the new version, was one of deflation, rather than elation.  [ Cont'd ].

Below: Beau Garrett on a Hungarian poster for Tron: Legacy. 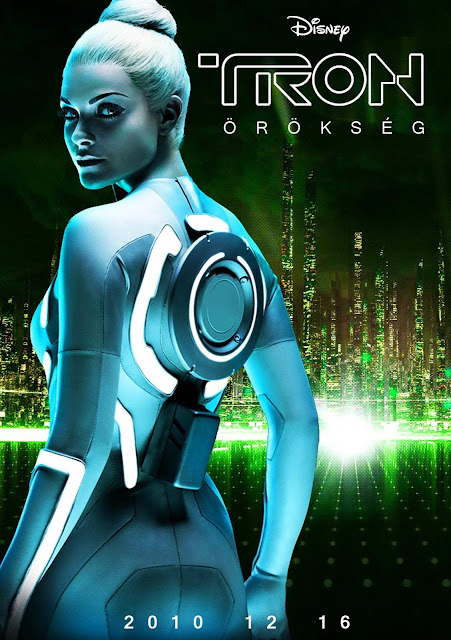 Sadly, it may take more than a handful of fans or an enthusiastic Disney insider to lobby for a further sequel. The reason for that is because Disney now owns box-office juggernauts Marvel Studios, Star Wars, and Pixar. With that unassailable monopoly, the studio simply does not need to make another Tron, or risk further expensive in-house flops ( to compound matters, two years after Legacy, their excellent live-action fantasy-adventure, John Carter, was a box-office disaster - although there are rumours the Edgar Rice Burroughs adaptation was deliberately squashed, in favour of the looming Star Wars acquisition ).  [ Cont'd ].

Below: The composers of the soundtrack, the already Tron-like Daft Punk. 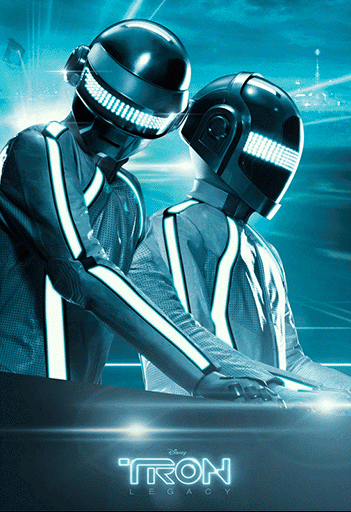 And yet, in the seven years since its release, Tron: Legacy persistently entertains the possibility of a sequel. Its chilly palette and glassy environments do indeed become increasingly seductive with each viewing, while scenes including Michael Sheen's brilliant turn as a cyber-Ziggy Stardust, are always entertaining. Above all, it's the epic soundtrack by French techno-legends Daft Punk, that definitely rewards repeated visits. ( See clip, below ). And despite it's own rather flat plot progression, Legacy's final scene offers the tantalising possibility of Tron's electronically-generated characters entering the human world.

The director, Joseph Kosinski, definitely has what we call in the visual arts, 'the eye'. A trained architect, he also directed the starkly beautiful Tom Cruise slow-burner Oblivion. So his sensibilities are tailor-made for spectacle, and the new era of expanded universes.

In this age of enhanced reality, mass-participation video games and virtual environments, a blockbuster movie franchise populated with electronic superheroes, must surely, next time round, score big?

NEWS THIS WEEK: Jared Leto ( Suicide Squad, Dallas Buyers Club ), is apparently in talks to star in Tron 3 ( according to Variety, March 3rd 2017 ). It's unclear as yet whether this will be a reboot or a sequel to Tron: Legacy. There is no confirmation if Joseph Kosinski is attached to direct, and there is still no writer.

FUTURE-ROCKER's opinion is that Tron: 3, could be both a sequel to Tron: Legacy, as well as its own reboot. The worst case scenario would be rebooting the whole concept from scratch - effectively deleting the first two films - as audiences tend to be less enthused when they feel they've only recently seen the previous version ( see Amazing Spiderman and Fantastic Four reboots ). The studio will also run the risk of alienating the small fanbase that has grown up from the first two films, and who would be more interested to see how the characters transition into the 'real' world, rather than go through repeats of the scenarios already rendered previously.

Below: The END OF LINE CLUB scene, featuring Garrett Hedlund, Michael Sheen, Beau Garrett and DAFT PUNK. ( - Could Tron even be a musical? ).